In this article, we prove that large cardinals need not generally exhibit their large cardinal nature in HOD, the inner model of hereditarily ordinal-definable sets, and there can be a divergence in strength between the large cardinals of the ambient set-theoretic universe $V$ and those of HOD. Our general theme concerns the questions:

I shall speak at the 13th International Workshop on Set Theory, held at the CIRM Centre International de Rencontres Mathématiques in Luminy near Marseille, France, September 29 to October 3, 2014. 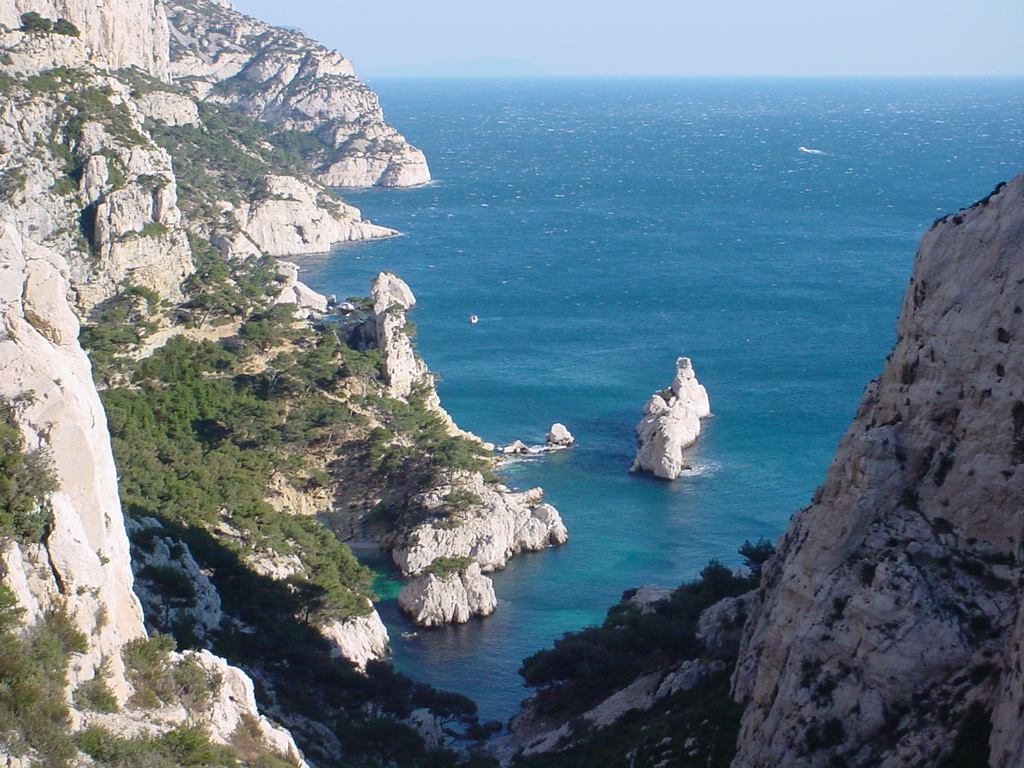 This talk will include joint work with Cheng Yong and Sy-David Friedman.

I’ve recently found two slick new proofs of some of my prior results on indestructibility, using the idea of an observation of Arthur Apter’s.  What he had noted is:

Proof. The continuum coding axiom asserts that every set of ordinals is coded into the GCH pattern (it follows that they are each coded unboundedly often). If $x\subset\kappa$ is any bounded set of ordinals, then let $\mathbb{Q}$ be the forcing to code $x$ into the GCH pattern at regular cardinals directly above $\kappa$. This forcing is ${\lt}\kappa$-directed closed, and so by our assumption, $\kappa$ remains supercompact and in particular $\Sigma_2$-reflecting in the extension $V[G]$. Since $x$ is coded into the GCH pattern of $V[G]$, it follows by reflection that $V_\kappa=V[G]_\kappa$ must also think that $x$ is coded, and so $V_\kappa\models\text{CCA}$. QED

First, what I noticed is that this immediately implies that small forcing ruins indestructibility:

Theorem. (Hamkins, Shelah [2], Hamkins [3]) After any nontrivial forcing of size less than $\kappa$, the cardinal $\kappa$ is no longer indestructibly supercompact, nor even indestructibly $\Sigma_2$-reflecting.

Proof.  Nontrivial small forcing $V[g]$ will add a new set of ordinals below $\kappa$, which will not be coded unboundedly often into the continuum function of $V[g]$, and so $V[g]_\kappa$ will not satisfy the CCA.  Hence, $\kappa$ will not be indestructibly $\Sigma_2$-reflecting there. QED

This argument can be seen as essentially related to Shelah’s 1998 argument, given in [2].

Second, I also noticed that a similar idea can be used to prove:

Proof.  Suppose the superstrongness of $\kappa$ is indestructible. It follows by the observation that $V_\kappa$ satisfies the continuum coding axiom. Now force to add a $V$-generic Cohen subset $G\subset\kappa$.  If $\kappa$ were superstrong in $V[G]$, then there would be $j:V[G]\to M$ with $V[G]_{j(\kappa)}=M_{j(\kappa)}$. Since $G$ is not coded into the continuum function, $M_{j(\kappa)}$ does not satisfy the CCA.  This contradicts the elementarity $V_\kappa=V[G]_\kappa\prec M_{j(\kappa)}$. QED

The argument shows that even the $\Sigma_3$-extendibility of $\kappa$ is never Laver indestructible.

I would note, however, that the slick proof does not achieve the stronger result of [4], which is that superstrongness is never indestructible even by $\text{Add}(\kappa,1)$, and that after forcing to add a Cohen subset to $\kappa$ (among any of many other common forcing notions), the cardinal $\kappa$ is never $\Sigma_3$-extendible (and hence not superstrong, not weakly superstrong, and so on).  The slick proof above uses indestructibility by the coding forcing to get the CCA in $V_\kappa$, and it is not clear how one would argue that way to get these stronger results of [4].

[1] Arthur W. Apter and Shoshana Friedman. HOD-supercompactness, inestructibility, and level-by-level equivalence, to appear in Bulletin of the Polish Academy of Sciences (Mathematics).

Abstract. I will demonstrate that a large cardinal need not exhibit its large cardinal nature in HOD. I will begin with the example of a measurable cardinal that is not measurable in HOD. After this, I will describe how to force a more extreme divergence.  For example, among other possibilities, it is relatively consistent that there is a supercompact cardinal that is not weakly compact in HOD. This is very recent joint work with Cheng Yong.

This will be an invited talk at the ASL 2014 North American Annual Meeting (May 19-22, 2014) in the special session Set Theory in Honor of Rich Laver, organized by Bill Mitchell and Jean Larson.

The proof makes use of a detailed analysis of the complexity of the definition of the ground model in the forcing extension.  These results are, to my knowledge, the first applications of the ideas of set-theoretic geology not making direct references to set-theoretically geological concerns.

Theorem 10 in the article answers (the main case of) a question I had posed on MathOverflow, namely, Can a model of set theory be realized as a Cohen-subset forcing extension in two different ways, with different grounds and different cardinals?  I had been specifically interested there to know whether a cardinal $\kappa$ necessarily becomes definable after adding a Cohen subset to it, and theorem 10 shows indeed that it does:  after adding a Cohen subset to a cardinal, it becomes $\Sigma_3$-definable in the extension, and this fact can be seen as explaining the main theorem above.

Abstract.  Although the large cardinal indestructibility phenomenon, initiated with Laver’s seminal 1978 result that any supercompact cardinal $\kappa$ can be made indestructible by $\lt\kappa$-directed closed forcing and continued with the Gitik-Shelah treatment of strong cardinals, is by now nearly pervasive in set theory, nevertheless I shall show that no superstrong strong cardinal—and hence also no $1$-extendible cardinal, no almost huge cardinal and no rank-into-rank cardinal—can be made indestructible, even by comparatively mild forcing: all such cardinals $\kappa$ are destroyed by $\text{Add}(\kappa,1)$, by $\text{Add}(\kappa,\kappa^+)$, by $\text{Add}(\kappa^+,1)$ and by many other commonly considered forcing notions.

This is very recent joint work with Konstantinos Tsaprounis and Joan Bagaria.

Jason Aaron Schanker earned his Ph.D. under my supervision at the CUNY Graduate Center in June, 2011.  Jason’s dissertation introduces several interesting new large cardinal notions, investigating their interaction with forcing, indestructibility, the Generalized Continuum Hypothesis and other topics.  He defines that a cardinal $\kappa$ is weakly measurable, for example, if any family of $\kappa^+$ many subsets of $\kappa$ can be measured by a $\kappa$-complete filter.  This is equivalent to measurability under the GCH, of course, but the notions are not equivalent in general, although they are equiconsistent.  The weak measurability concept can be viewed as a generalization of weak compactness, and there are myriad equivalent formulations, including elementary embedding characterizations using transitive domains of size $\kappa^+$.  It was known classically that the failure of the GCH at a measurable cardinal has consistency strength strictly greater than a measurable cardinal, but Jason proved that the corresponding fact is not true for the weakly measurable cardinals.  Generalizing this notion, Jason introduced the near supercompactness hierarchy, which refines and extends the usual supercompactness hierarchy in a way that adapts well to many existing forcing arguments.  Jason holds a faculty position at Manhattanville College in Purchase, New York.

Jason Schanker, “Weakly Measurable Cardinals and Partial Near Supercompactness,”  Ph.D. dissertation for the Graduate Center of the City University of New York, June, 2011.

Thomas Johnstone earned his Ph.D. under my supervision in June, 2007 at the CUNY Graduate Center.  Tom likes to get thoroughly to the bottom of a problem, and this indeed is what he did in his dissertation work on the forcing-theoretic aspects of unfoldable cardinals.  He seemed to want always to dig deeper, seeking out the unstated general phenomenon behind the results.  His characteristic style of giving a seminar talk—pure mathematical pleasure to attend—is to explain not only why the mathematical fact is true, but also why the proof must be the way that it is.  Thomas holds a tenure-track position at the New York City College of Technology of CUNY.

A cardinal $\kappa$ is tall if for every ordinal $\theta$ there is an embedding $j:V\to M$ with critical point $\kappa$ such that $j(\kappa)\gt\theta$ and $M^\kappa\subset M$.  Every strong cardinal is tall and every strongly compact cardinal is tall, but measurable cardinals are not necessarily tall. It is relatively consistent, however, that the least measurable cardinal is tall. Nevertheless, the existence of a tall cardinal is equiconsistent with the existence of a strong cardinal. Any tall cardinal $\kappa$ can be made indestructible by a variety of forcing notions, including forcing that pumps up the value of $2^\kappa$ as high as desired.

Can a supercompact cardinal $\kappa$ be Laver indestructible when there is a level-by-level agreement between strong compactness and supercompactness? In this article, we show that if there is a sufficiently large cardinal above $\kappa$, then no, it cannot. Conversely, if one weakens the requirement either by demanding less indestructibility, such as requiring only indestructibility by stratified posets, or less level-by-level agreement, such as requiring it only on measure one sets, then yes, it can.

We show that if the weak compactness of a cardinal is made indestructible by means of any preparatory forcing of a certain general type, including any forcing naively resembling the Laver preparation, then the cardinal was originally supercompact. We then apply this theorem to show that the hypothesis of supercompactness is necessary for certain proof schemata.

Introducing unfoldable cardinals last year, Andres Villaveces ingeniously extended the notion of weak compactness to a larger context, thereby producing a large cardinal notion, unfoldability, with some of the feel and flavor of weak compactness but with a greater consistency strength. Specifically, $\kappa$ is $\theta$-unfoldable when for any transitive structure $M$ of size $\kappa$ that contains $\kappa$ as an element, there is an elementary embedding $j:M\to N$ with critical point $\kappa$ for which $j(\kappa)$ is at least $\theta$. Define that $\kappa$ is fully unfoldable, then, when it is $\theta$-unfoldable for every $\theta$. In this paper I show that the embeddings associated with these unfoldable cardinals are amenable to some of the same lifting techniques that apply to weakly compact embeddings, augmented with methods from the strong cardinal context. Using these techniques, I show by set-forcing over any model of ZFC that any given unfoldable cardinal $\kappa$ can be made indestructible by the forcing to add any number of Cohen subsets to $\kappa$. This result contradicts expectations to the contrary that class forcing would be required.